I admit that I wasn’t very interested in the next Battlefield game after DICE last year announced that It was going to take place in World War 1. Mainly because I couldn’t think of anything interesting about WW1, and I’ve played many other WW1 games, where you just sit in a trench all the time, and as soon as you pop your head out,  you’re dead. I wasn’t too sure how they were going mix WW1 warfare with a slightly fast paced game, such as what the BF series has become.

I was excited though that the next release wasn’t going to be another same-o Modern release, or another futuristic combat game like the last couple Call Of  Duty titles have been.

Since I wasn’t too interested, I didn’t follow along with updates or anything with the game, but Origin did popup last month and tell me the beta was currently underway, which I didn’t notice til it was nearly over. I decided to give it a go, why not? and I really wasn’t that impressed.

To me it felt just like a reskinned Battlefront game, which isn’t that bad visually… battlefront is sexy visually, but the in game world in BF1 had nearly zero atmosphere, and controls felt odd to me. Didn’t feel like a battlefield game at all. It wasn’t very impressed. But at the same time, I knew the Battlefield betas are usually crap, only there to produce hype, and the actual game is far more polished and developed.

Last week DICE announced a trial for Origin Access members starting on the 13th I believe, which lasted until release day, but for only a total of 10 hours. Although I didn’t like the game they had during the “beta”,  once again knew the final game should be much better, so I downloaded the trial, and wow, It was certainly much much better than the game, just as I predicted.

First thing I noticed in Battlefield 1 is that the in-game server browser is back, so no more website browser as we had with battlefield 3 and 4, which is great.

The graphics in Battlefield 1 are amazingly beautiful, and very polished in the final release. The world was no longer dead, there was wind, dust, debris, destruction, everything you’d expect from a Battlefield game. Also the controls were now smooth.

Also DICE did a great job incorporating WW1 warfare into a modern FPS game, there is no trench camping, but the sniping is ridiculous, and is one of my only real complaints in the game, as I’ll get to later.

It seems DICE returned to earlier BF titles such as Bad Company 2, where nearly every building was destructible, which was instantly aware to me as I was driving a tank into nearly any and everything I could find. No problems smashing through buildings,  walls, fences, everything. Also it became even more clearer when I was standing on the second floor of a structure only to have a bomb hit the structure and I ended up on the first floor.

The atmosphere is nice, but it seems every map has one theme: Start clear, then maps get dusty, smokey, or misty.  For example, there is a map that takes place in a rain forest (looks very similar to the forest map on Battlefront), which catches on fire and then becomes smokey. Another map that takes place in a sandy desert starts clear then  a sand storm hits. Another by a beach, starts clear and then the mist sets in. Kinda boring, no amazing hurricane like storms that we had in Battlefield 4. It’s cool, but its the same-o on repeat. I suppose the dust gives us a break from all the snipers.

The game performs well for me on my EVGA Geforce 980TI FTW,  I play the game on high settings at 2560×1080 res, and it rarely dips below 60fps (vsync enabled). There are several times I’ve noticed where it’d stutter and dip sometimes, but it rarely happens, goes away, and doesn’t really interfere with the game.

The classes in Battlefield 1 are the usual ones. Assault, Support, Medic, and Scout. They changed things up for some of the classes, for example, Support now is the repair guy.  Assault has better guns, Medic heals and revives, and scouts are pussy snipers.

I always usually only play as Support due to my shitty aim, so I need alot of ammo, and support drops ammo crates. No idea why DICE doesn’t have a system set up where you can go back to the main spawn point to reload.

My major issue that ruins the game for me at the moment is how easy it is to snipe, so nearly everyone plays sniper. I didn’t realize how easy it was until I spawned as a sniper with the default gear and was getting kills after kills, and I was a horrible sniper in all other Battlefield games.  This is annoying because when you’re actually trying to play the game as a normal soldier, you constantly get one shot snipped and killed. The snipers seriously need balancing. Seems most snipers can easily get shots from one objectives to the other.

I haven’t tried playing the campaign yet, so I can’t really comment on that. I mostly get Battlefield games for the multiplayer.

One thing I really liked about this release of Battlefield is they allowed you to buy Premium Pass from the start. For some reason EA/DICE always waited a few months after release to offer it, and then have a discounted BaseGame+Premium edition on sale. With Battlefield 1, they had a Game+Premium “Ultimate” from the start. Along with two other editions: Standard and Deluxe.

Standard just comes with the base game, Deluxe comes with some some skins and and battlepacks, nothing worth actually buying. But Ultimate comes with everything the Deluxe comes with, and more. If you’re going to end up buying premium (which you will), just get the Ultimate edition, save time and a few dollars.

You can compare each edition, and buy here: https://www.origin.com/usa/en-us/store/battlefield/battlefield-1/deluxe-edition#comparetable

Overall, It’s hard for me to enjoy the game due to the sniper issue, but the game itself is REALLY REALLY fun, perhaps even the best Battlefield game i’ve played and the graphics are amazing, and definitely worth the money. Hopefully they balance the sniper/scout class soon.

Forums are back up! 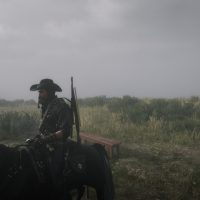 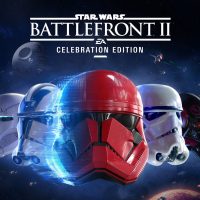 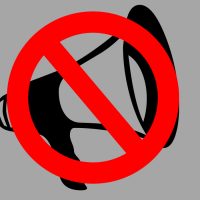