The two users who visit The Grunch may have noticed that it was online for the past day or so. This was due to me moving the site to yet another new host, and having to learn how to use linux console commands to get it up and running.

Our other host TrafficPlanetHosting is great, but they have some odd server technology, where the site would like goto sleep, and it was like a hamster running on a wheel meaning it has to pick up its speed each time someone would visit the site, which i found to be very on. The site could sometimes take too long to initially load, but then some times pages would randomly take a while to load as well. I find this to be very annoying. I want the pages to be super snappy. TrafficPlanetHosting seems to have good weeks and then bad weeks. Google was reporting server response times of over 1sec to me with TrafficPlanetHosting, which is a problem I initially had with them and contacted support about, but that issue went away for a month, only to return this past week.

** I’m going to refer to TrafficPlanetHosting as TPH for now on, silly name is too dang long to type out each time, ha

I actually verified this “sleep” like state using the First Byte test. The first connection was 12seconds, and then 2nd and third were much less.

I want the dang pages to load when you click on them! Grunch is never going to be successful if it has random connection issues.

My search for another new host started. I knew I wanted Managed Wordpress since that is what the site uses, and not some shared hosting.

I’ve been eyeballing WP Engine for a while, everyone says how speedy they are, but their starting prices are high, and its scary how they charge based on visitors, including bots and spam, which has always made avoid them. I found a $4 coupon to test out their Personal plan, so I figured what the heck.

I signed up, and loaded a backup of the Grunch, and connected to it via a subdomain that they provided for me to use to test the speeds….

Man were they a disappointment. For being way over priced, and being as known as they are, I just assumed the pages would load super snappy and much better, but nope. They did seem to load slightly better than TPH even by a whole entire ms! but not by much, certainly not much more to have to potentially paying alot more, since Wp Engine limits your visitors, and chargers for more.

It’s hard to get an accurate score of TPH, mostly due to as i said, their speed changes often. WP Engine was mostly consistent with giving me the same scores, which weren’t much faster than TPH.

Things to consider: TPH allows me to use whatever cache method I prefer, and I am using a highly customized w3 cache setup (was a pain in the ass to get working right), while WP Engine uses their on server side caching system, which as you see, provides a much lower score than w3 cache does, even though the pages are nearly a whole millisecond faster. Do these things really even matter to the user? I’m starting to wonder myself.

But as you can see, WP Engine wasn’t MUCH faster. At least not fast enough to validate paying as much extra as I would be, while be limited on cache systems other plugins that they disallow, which over all hurt my page score on all scoring sites including Google’s PageSpeed Insights, and I still got a deduction for server response, which is almost as bad of not the same as TPH (TPH bounced between .50 – 1ms).

So, WP Engine is out of the bucket of potential hosts. Oh well, their price structure scares me.

My Search for host continued….

There is a Managed Wordpress Host called “FlyWheel”, which I may still try out, they have some highly positive reviews, but I came across this benchmark site during my reaserch, which already tests most of these hosts, which you can view here:
http://reviewsignal.com/blog/2015/07/28/wordpress-hosting-performance-benchmarks-2015/

They brought many new hosts to my attention, especially one they talk about called A Small Orange, which got the highest over all scores in his tests. I checked out their prices on their website, and it’s not too bad.

Review Signal’s reviews say its managed Wordpress Hosting, but I came to discover that its not. Not at all. It’s more unmanaged VPS, with VPS Templates that are designed for certain things, such as wordpress. Which ReviewSignal finally points out in the comment section below the article, and they even state that while it’s great, their Wordpress VPS doesn’t come with control panel, or any such thing, so you’ll have to be comfortable with using the linux terminal, and console commands. Scary!

But while talking to their Sales Staff, They said they do have a cpanel/whm wordpress template that isn’t as fast but works, so that’s always an option.

Trying to copy the site over to ASO probably made me lose some hair over the next day or so. The main problem is, this Cloud VPS is unmanaged, so you pretty much have to set it up yourself, and they don’t offer many tutorials on it. Not knowing what you’re doing and how they have it set up is what screws you up in the beginning.

They call the templates “lemps”, and this wordpress one pretty much installs wordpress, and all the scripts and server architecture to offer the best wordpress performance, but at first It looks like a huge mess.

While it doesn’t come with a control panel, it does come with a VPS manager, which allows you to shut down, restart, and completely reformat and reset it at any time, which is nice, and also FTP access. But all real work will be done using command line via SSH. AHH!

While it was a headache at first, I’m actually finding this command stuff to be fun, ha.

This Wordpress Lemp doesn’t offer DNS. They give you IPs to use, but you have to manage your DNS elsewhere, I decided to go with CloudFlare, which I’ve should’ve done way sooner. I’m using the free Plan, which offers security, but also offers DNS so that I don’t have to keep taking my sites down while the DNS propagates around the world for a few days. Using Cloudflare, I simply just change the IP it points to, and it updates the domain to point to that server immediately. Nice. Use it Cloudflare if you aren’t already, if only for this feature, but they also provide security, which is great.

So far I’m enjoying ASO’s service. It’s fast, and what I like more about it as compared to TPH is its consistent. It might not match TPH’s top speed, but it’s never slow as TPH often is.

Due to not being able to use the same cache methods as I was using on TPH, I get a lower over all score using many of these testing sites, but they don’t matter much to me, because actual usage and speed is better, which is what I prefer. Besides, I’ve ran many of the tests on some of the sites that I visit, which load super fast, and they get scores in the 50’s and such, so maybe I shouldn’t worry too much about some score.

As you can see, i get a lower score due to the compression and other cache methods, but over all a better speed, which stays consistent.

I’m certain that the above score is lower due to not having the same minified settings. The render-blocking javascript and CSS really hurts the score, but as you can see, there is no response time warning, and if it ever does show, its never higher than .40sec.

Anyways, for now and the foreseeable future The Grunch is going to be hosted on a VPS from A Small Orange. The performance over all is much better than both WP Engine, and Traffic Planet Hosting, also they provide more space and bandwidth for around the same price.

Even though this VPS LEMP thing SEEMS  way super complicated, it’s really not, with the way they have it set up. I was just an idiot wanting to mess around, but the SSH Console and learning commands has been really fun for me. If you don’t need to do any of that, it pretty much works out of the box using the info they provided.

I suggest checking out their hosting packages, especially the VPS, and seeif they work for you. You can use coupon “gWFrA” to save 15% off your first invoice.
https://asmallorange.com 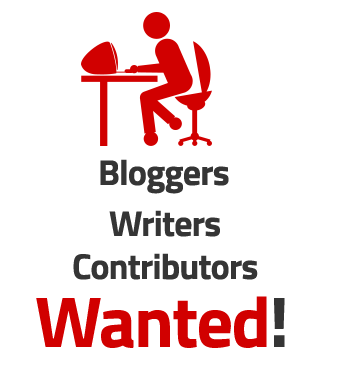 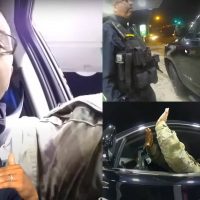