I'm a loner, and a loners gotta be alone!

Disclaimer: This is an alteration of the files, you may get a ban. use at own risk! Read More Below!


edit: This only works on the PC version.

This is a trick that was accidentally discovered, that allows you to play Red Dead Online in private/solo sessions, or even with friends.

The trick was found using the Legal Screen Skip mod, which pretty much just removes all the legal warning screens after you launch Red Dead Redemption 2. It turns out, that if you edit one of the files and add random characters or spaces to the ending, it messes with the md5 hash, which leads the game to thinking you have a different version, and will only match you with people who have that same version.

You will only be able to play with friends if they have the SAME EXACT text, spaces, line breaks in the file, even one tiny space will change the md5 hash, and tell the game its a different version.

I’ve been using this method for around a month now to play the game, and it works perfectly. I didn’t want to write about it until now, because I wanted to see if a ban would happen, so far, no ban. There are people who have been playing using this method for 5+ months, and they have not been banned. This could be because all it does is alter what loads when the game is launched, in this case, the legal screen trigger, it doesn’t load anything else, and even itself doesn’t actually get loaded, It’s not a real mod, but simply just a tiny file edit. But again, use at your own risk.

Here is a video someone made that will explain to you how to apply the mod. This is not my video!

If you done it right, you should be all alone in Red Dead Online. No hackers, no greifers, just you, and whoever you wish to play with.

The game will also work as intended, as you might remember, a few months ago Rockstar purposely limited players in a session, and the game worked so much better, random missions and events actually spawned, and so on. This restores that. I am constantly getting random missions again, and I pretty much just ignore them because I’m sick of doing them over and over again. Being able to play without Chinese hackers is great though.

To remove this edit, just simply delete the two files, and you’ll be able to join regular servers filled with players, and cheaters. 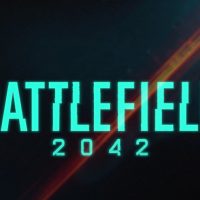