Republican Nominee for President Donald Trump was giving a speech at a packed arena of at least 6,500 attendees in Reno, Nevada, when he was quickly rushed off stage by Secret Service after rally goers were yelling that a protester appeared to “had a gun”. Which later turned out later to be a false claim.

Later on, Police released the disruprtor, with no charges were filed. 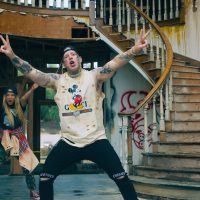