Grand Theft Auto V – On the PC is probably the most fun game I have played in a very long time. Especially the online mode.

I LOVE games that have a bit of realism to them, and a huge open free-roam sandbox world. GTA Has always had that, and the latest version takes it to a new level.

Its an ALL IN ONE game, meaning it has alot of different games rolled into run, such as FPS Shooters – Death Match- Team Death Match, Strategy with Heists, Racing, and more! It’s super amount of fun.

The atmosphere of the game is so amazing, especially in single player. They remove some of the atmospheric affects from the online version, such as animals. But, It’s still a fun busy world.

I had been eagerly waiting for GTA V to be released on the PC for years, and was so happy back in April when it was released finally. I pre purchased it so I could have it loaded before the release date, which was a good deal since its around 50gb, and takes a few hours to download.

After loading the game I was simply amazed by the graphics. I Don’t have the latest high end graphics card, i’m still toting a EVGA GTX 770SC, and the game runs beautifully at high graphics. The first thing I noticed was how amazing it felt to simply walk in the GTA V world. It felt very real, from the sounds of distance cars, animals, people talking around. Walking at night really felt awesome. I really never experienced that in a game before to that deph. GTA has always had it huge with the atmosphere of a game, but they took it up a few notches with GTA V.

I pretty much bought GTA V for the single player, so it took a few weeks before I tried the Online, which honestly I didn’t even know about when I bought it. I assumed it was going to be as buggy as the mods were for the previous versions of GTA. I wasn’t aware that it was an sandbox open world.

The thing that put me off about the online world is that you have to go through some missions at first when you first load it up, which made me think it was going to be a mission based online game, pretty much co-play with someone else, and not an open world, but once i passed those first few missions i was pretty much in the open world.

The online world is so amazing, but it has its drawbacks. There is so much to do, such as go on heists and do missions for the AI to earn money that you can spend on new cars, or upgrades for them, and on weapons, or you can just drive around and shoot the other players in freemode.

Racing in GTA Online is amazing as well. I personally don’t care for racing games, but GTA made it fun for me. The cars handle so well, and they really give you a rush when you drive them with all the effects, and sounds.

This game is simply amazing. One thing I love to do is just fly on top of a mountain or a skyscraper at night, and just sit and watch the city below. It’s actually very relaxing. There is so much going on. You can see the whole city below you, and the amazing thing is each light in the distance is an actual car, building, or person that you can actually travel to. Something can appear to be miles away, and in most games that’d just be a flat wallpaper graphic, but in GTA is an actual object that exists in the game. WOW! What’s even more amazing is that’s not even the end. There is much more passed the mountains and beyond what the eye can see that exists, and its realistic distance. It’s not like most games that just draw/load objects when they are beyond a certain distance.

Here are the draw backs. The game is laggy. So laggy. The matchmaking is supposed to be good, but it usually pairs me when people on the other side of the world, that have crazy lag, they teleport/desync around like crazy, which makes it hard to shoot them to defend yourself, or escape, or even chase them. What sucks even more about the lag is it seems the players around you load in some of the AI, so if there is a laggy player, you’ll also have some laggy Cars around you that are driven by the AI.

CHEATERS EVERYWHERE! I hate to call these kids “hackers”, since they’re pretty much just loading a free already made trainer, but these kids are everywhere in the game, essentially ruining it. You can spend days doing jobs, killing, winning races in the game to collect money to buy an awesome car, only for a cheater to come and drop millions of dollars on the ground for people to just pick up. Sure it’s nice to have all that easy free money, but it ruins the game, and shortens the fun time of the game.

Also lately the cheaters have been putting god mode on themselves, and floating around killing everyone. Ruins the game when you’re in battle with someone for a few minutes, and cheater flies above you on a motorcycle and instant headshots you. It’s annoying.

Online is still fun, even with the cheaters. I hope Rockstar fixes this cheater problem. Hopefully they learned some sort of lesson and the next version of GTA online will have some REAL anti cheat system in place. Preferably not PunkBuster, but something that works! They seem to have something that semi-works now, and people are getting banned. It’s just very slow and takes a long while. Obviously it’s not doing the job because cheaters are so very rampant.

For now, if you wish to play a more secure game with only people you trust, or even by yourself, you can choose to launch a solo, or invite, or friend only session which will only let your friends and people you trust in. Surely there are communities of trusting players out ther ethat game this way. I haven’t found any, perhaps could start one myself.

With that said, is the game worth buying? Heck yes! for single player alone its worth buying. I prefer to just cruise around in single player most of the time. No lag, just you and the open busy world. Just the amount of work and detail they put into this game justifies the $59 price tag.

Rockstar is quickly adding new content into the game, that is FREE! No need to buy DLC. It’s all free. New guns, vehicles, clothing, and more are constantly being added.

As I said in the opening of this post, I love open world sandbox games. Especially realistic survival ones. GTA isn’t very realistic, and there isn’t a sense of survival other than not being shot by a laggy player or hacker in the face. But it’d be so awesome if someone was to make a mod of GTA V kinda like DAYZ. Not by adding zombies, but by adding a more realistic Survival feel. To Date, Dayz MOD (not the standalone), is the only game that has given me that realistic raw survival feeling. It’s graphics are ugly, and its laggy and so resource intenstive. Imagine such a game running on/in the GTA world/engine. Wow that’d be simply amazing.

You can buy GTA V from Rockstar Directly here: http://www.rockstargames.com/V/order
Or if you prefer to have it on steam (both require SocialClub from rockstar). http://store.steampowered.com/agecheck/app/271590/ 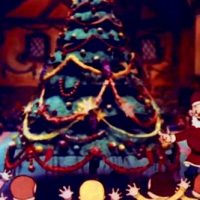 Kyle Rittenhouse – The Truth in 11 Minutes