HumbleBundle is having an amazing sale for two weeks, that has at least 3 games that I have written about before which I still recommend. You can buy all 3 of these games, and several more for only $10!

First one is RollerCoaster Tycoon 2: Triple Thrill Pack. Although this game was first released in 2002, it’s still huge amounts of fun. RollerCoaster Tycoon is basically a theme park simulator, where you can create a park from rides, to custom coasters, and manage it. I wrote about it 6 years ago. This game is normally $9.99 on steam.

The second is Miscreated, which is an new multiplayer open world survival game, that is still in early access. I highly recommend, especially if you like DayZ, but have been let down by the Standalone.  I first wrote about it 5 months ago. This game is normally $19.99 on steam.

The third is Prison Architect, which is a prison simulator where you build a prison from scratch, and try to keep it profitable while remaining safe and secure. I have played this game for hundreds of hours within the past few past months. The devs are continuously updating it and adding new features. I first wrote about it 11 months ago and again 5 months ago, and since then it’s been greatly improved on and so much better. This game is normally $29.99 on steam.

There are many more games in this bundle such as: Devil Daggers, Runestone Keeper, Stronghold Crusader 2, Punch Club, and more to be added soon, but its worth it at the top tier price of $10 (save $50 off the normal prices!) for the 3 games I’ve mentioned, alone. I haven’t played the other games.

You can view and buy the bundle here: https://www.humblebundle.com/jumbo-bundle-7, but be quick! There’s only 13 days left! 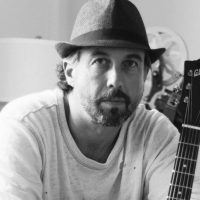