Back when I was a teenager, driving a real life car was so relaxing, and such a stress reliever. I remember I could cruise around in a car and be at total peace. Now driving pretty much is a chore and I hate it so much.

For the past years I have found a new way to relieve stress: Running over people and objects in Grand Theft Auto IV. Now this isn’t some sick twisted thing like I actually want to kill people in real life, because I don’t, but there is just something super fun about doing it virtually.

I mean, even without running over people, cruising in GTA IV is just plain relaxing, like it was back in the day before gas prices went through the roof.

My normal cruising car in GTA IV is the Comet. You can easily get this car by dialing 2275550175 into the cell phone, which spawns it right in front of you – Don’t worry, it wont ruin your saved game with a cheat as many other cheats will. This is the fastest car I have found in GTA IV so far. Also the engine is in the rear of the car, so the car doesn’t die to blow up very easily unless you damage the back of it. So you can run into many things and the car won’t explode, such as in my screenshot below:

As for running over people and crashing into things:

If you want to run things over and crash into things – STEAL A BUS!
the engine of the bus is also in the rear, so you  run into many objects, cars, people, and the bus will rarely ever explode or die. However though if many cops are shooting at you, the bus still receives damage from that and can eventually catch on fire.

Usually I can go forever in the bus and the front of it is completely smashed in but still running smoothly.

The other night though something rare happened, the cops some how cornered me and I was stuck, and couldn’t escape, this was the only time the cops have ever won on me (besides me running into something which made me fly out the windshield).

in the screenshot below you can see how the cops cornered me!
(click images for full size versions) 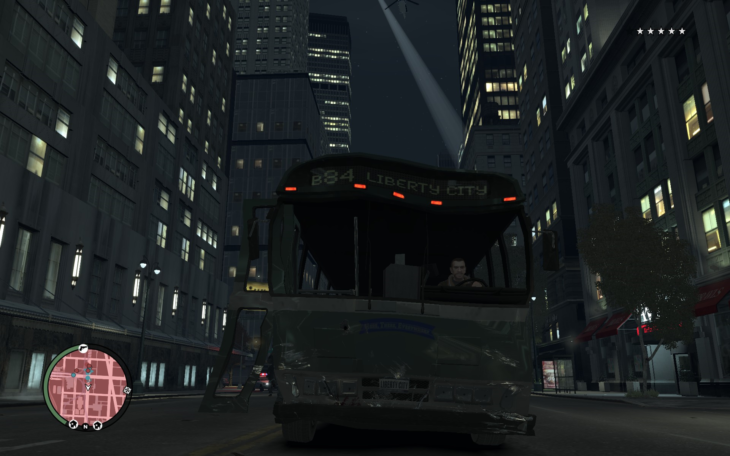 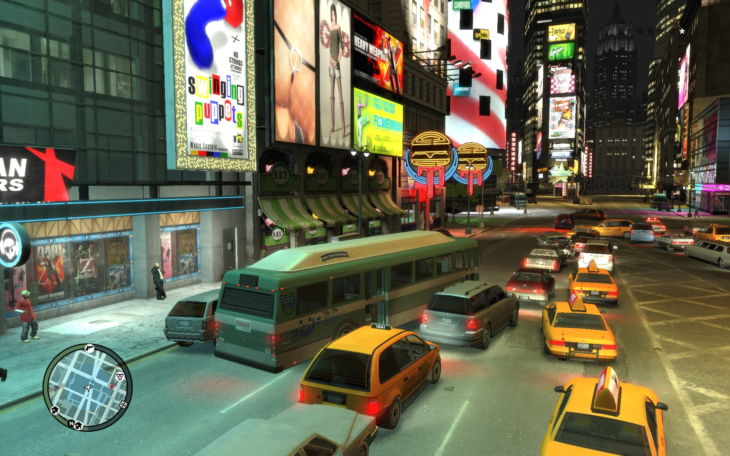 So basically, if you need to relieve some stress… Load up GTA IV, steal a bus, and have some fun!

Watch: This Is Why You Should Play Video Games